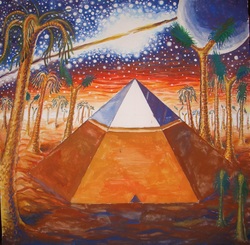 The pyramid in the Cydonia region on Mars by the time there was life on mars, watercolor painting 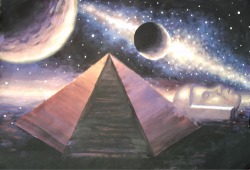 This is my painting of the Mars pentagonal pyramid and face.This is the way I imagine those alien artefacts on the red planet.These constructions on Mars are one of the signs of the intelligent life that there was on Mars, a trace of a lost Mars civilisation standing there since the time Mars was a planet like Earth, with oceans and life forms from bacteria to inteliegnt life.They bult the pyramids in the Cydonia region and maybe they built the pyramids in Egypt too 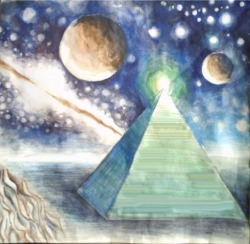 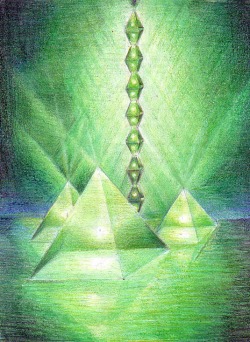 Since I swas 12 was fascinated by the pyramid efect.I've mede mane pyramids and other geometrical objects with pyramid effect.They give me a strange sensation like they remind me of something.This coloured pencil drawing reflects one of the images pyramids create in my mind.Maybe i dreamed this, maybe it is another explantion but I have many memories about pyramids and that green light inside them like I saw that. 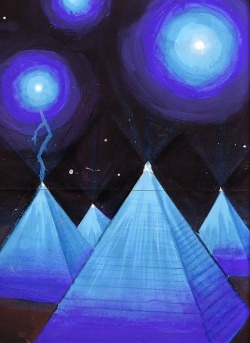 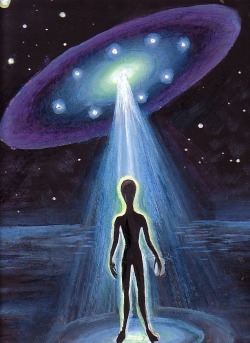 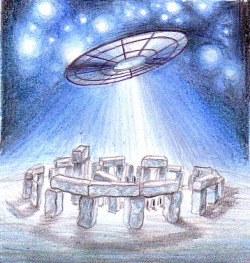 Stoenhenge is one of the most mysterious constructions on Earth.We don't know who really built it and why.Many people thing it was an astronomical calendar.
I thing Stonehenge is just a small part of a bigger construction, a kind of alien base with a landing platform for UFOs This is my color penci drawing of Stonehengel 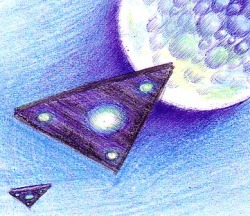 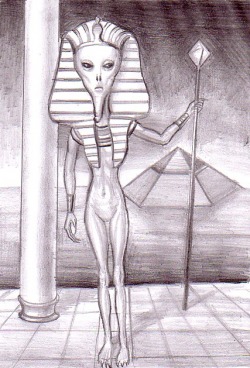 This drawing I've made today represents an alien pharao on Mars, inthe Cydonia region, where there was an ocean a coast area that times.